In a time in which number of people applying for unemployment benefits peaked due to Covid-19, Trump found the solution to that by suspending H-B1 visas. Next, to push the re-opening of the economy,  he threatened to cancel, freeze and suspend all student visas if universities chose not to start physical classes. Americans, mostly, missed to read the xenophobic and populist structure of the “solutions” and counter-attacked to these steps with an argument that made the international students feel hurt, sad and maybe woke them up from the American Dream: The economy that the international students create for the American universities and the American economy in general. As someone who lives in the U.S. with a student visa, I can’t say that I’m shocked when I saw all these arguments interpreting my value in terms of economics and not humanities. However, I must say that this pushed me more to write about something that I first came to realization when the members of the organizations Divest Harvard and Fossil Free Yale took over the pitch in the football game between Yale and Harvard football teams: The university endowments in fossil fuel industry.

There has been an ongoing discussion on how to categorize the American universities but more so the Ivy League. Are they merely educational institutions? Or are they just companies who have multi-billion dollars endowments in various investments? Or do they only serve as a political tool for philanthropists and stronghold for neoliberalism? Beginning in the late 19th century, universities have seen cuts in federal aids and they are forced to improvise to survive. Soon, they found that source: Philanthropists (Jeffrey Epstein’s dark relationship with MIT shows how deep this association goes). The rich were quiet generous in their support. Some for tax purposes, some genuinely. Until the Great Depression hit them. Following this period, universities became cautious in their spendings while trying to save as much as they can. Soon, in 60s and 70s, they would discover the finance world and since that their investments and incomes would skyrocket. This roughly sums up how Harvard was able to declare an endowment in the amount of  40 billions in 2019.

Harvard, Yale and Princeton hold investments in Puerto Rico’s debt, private prisons and the fossil fuel industry. “By looking at Yale’s public SEC filings and IRS 990 forms. As of fall 2019, we know that Yale has at least $454 million invested in fossil fuel companies, mostly through many layers of fund managers,” says Nora M. Heaphy who is a member of Fossil Free Yale and a Climate Change Coalition student at Yale. “However, their true holdings are likely much higher. In previous filings from 2018 and 2019, Yale has held direct investments in fossil fuel companies like Antero, a fracking company with a higher record of spill violations than any other company in North America, and Hallador Energy, the coal company that Scott Pruitt went to lobby for after leaving the EPA.” As Nora points out that it’s only reasonable to assume that the investments in fossil fuel industry made by Ivy League might be way more than what was declared. It’s also reasonable to say that all these investments are political as much as they are economic. This brings up the question of what does the students, faculty and the alumni of these universities think about all these investments in fossil fuel industry?

“The U.S. fossil fuel divestment movement began at Swarthmore in 2011 with a group called Swarthmore Mountain Justice. The emerging movement was heavily supported in the early years by 350.org and Bill McKibben. At Yale, Fossil Free Yale began in 2012, and primarily worked with the administration for the first few years, conducting research and presenting reports to the Advisory Committee on Investor Responsibility (ACIR), a committee with no real power that serves as the only point of contact between the Yale Corporation and faculty, students, and alumni on issues of ethical investing,” says Nora. “Fossil Free MIT was the first student group on MIT’s campus to push for divestment away from the fossil fuel industry. The main goal was to achieve divestment through MIT’s climate action plan in 2015. Unfortunately, in the 2015 plan, MIT decided against divestment. This led to the dissolution of Fossil Free MIT; however, the divestment movement persisted. In 2019, MIT Divest was established to once again advocate for the divestment of MIT’s endowment away from the fossil fuel industry. Our student organization is now composed of around 30 students and has collected over 1200 petition signatures. We are now working hard to ensure that our voice is heard, and we are committed to continuing our campaign regardless of MIT’s decision to pursue divestment in the 2020 iteration of MIT’s climate action plan,” says Nicole E. Cybul who is a Bioengineering student at MIT and one of the leads of the student divestment organization at MIT.

Most of the non-direct Ivy League investments in fossil fuel industry are managed by independent fund managers. Representatives of the Ivy League can easily hide behind the fact that fund managers naturally play to the most profited stocks and they simply can’t interfere with their business. They have another reason to hide behind: There is only 9 out of 200 fossil fuel companies active in the stocks markets that are fully carbon-free. Nora gives a strong summary of the situation at Yale: “However, in 2014, the Corporation (Yale’s governing body) decided not to divest, citing a policy of “shareholder engagement” in which they said Yale could do more good by using its shares to persuade companies like ExxonMobil to change their ways from the inside. At this point, our group transitioned to a more direct action oriented approach, holding rallies, teach-ins, and sit-ins.” Nicole’s statement, however, contradicts what Yale claimed to do back in 2014. “MIT’s endowment is managed by the MIT Investment Management Company (MITIMCo). This organization is responsible for achieving high rates of return on MIT’s investments. In terms of the relationship between MIT and the fossil fuel industry, this is something that MIT Divest is heavily focused on. One of our main asks to the MIT administration is to disclose these engagements and their related results. In line with this effort, MIT Divest recently sent an information request to Dr. Maria Zuber, Vice President for Research at MIT, relating to MIT’s engagements with the fossil fuel industry. In her response, Dr. Maria Zuber highlighted the fact that MIT’s investments are largely managed by external managers, meaning that MIT does not directly engage in shareholder voting. Rather, a primary avenue through which MIT interacts with the fossil fuel industry is through sponsored research.”

Nora and Nicole both don’t hide their anger against their universities’ management. “We worked extensively with the ACIR in the early years of our campaign, trying again and again to make our voices heard. However, the convoluted configuration in which the ACIR makes recommendations to the Corporation Committee on Investor Responsibility (CCIR) which then makes recommendations to the Corporation means that the Yale community can never engage with the bodies that have actual decision-making power. While we spent years researching, crafting dozens of memos, answering questions, locating precedent, we learned later that the chair of the ACIR, Professor Jonathan Macey was simultaneously lobbying to be on the board of the Hess Corporation, a global fossil fuel company. After years of attempting to go through official channels, we have come to believe that this process serves only to stall and suppress student voices. Faced with the urgency of the climate crisis, we had no choice but to escalate and engage in direct action in order to make our voices heard. We now believe that the main path to change at this university is through a mass movement of students, faculty, alumni, and New Haven community members to hold this institution accountable and force them to act in all of our best interests.”

Nicole shares their solution in a very simple and clear manner. “Our campaign is using a variety of methods to build community support for divestment, keep the MIT administration accountable, and push for divestment as the most financially stable, ethical, and consequential route for MIT to pursue. We are constantly working to build connections with other student groups centered around sustainability as well as members of MIT’s administration, faculty, and alumni. These connections have helped us find ways to contribute to the MIT Climate Action Plan and make our voice and other student voices heard. Additionally, our campaign has focused on organizing events and gathering public support in order to put pressure on the MIT administration from outside the institution.”

The biggest disadvantage of the two divestment movements is the lack of alumni support which is, safe to say, one of the biggest network and which will uplift these movements while it will be a big win for climate fight in a bigger context. They’re pushing all the buttons to attract their alumni’s attention. It’s not going to be too much to say that the alumni’s silence is a sign of “I don’t necessarily have a problem with their investments.” However, the inter-Ivy League solidarity for divestment movements getting stronger and stronger. “We worked very closely with Fossil Fuel Divest Harvard in planning the action at the Game, and those friendships and connections have lasted beyond the action itself. We also work with Divest Ed and the College Climate Coalition to stay up to date on what other campaigns are doing and occasionally to partner with them on dispersed actions. We’ve relied extensively on the wisdom of experienced divestment activists at other universities to advise us on certain tactics that have worked for them in the past,” says Nora and Nicole is nodding her head with a smile.

Covid-19 has been forcing us to re-configure our habits while proving how hard it is for us to leave our confort zones. In this unprecedent time, divestment movements moved their action to online platforms. “Covid-19 has posed many challenges to our campaign. For one, we rely heavily on organizing events on-campus which put pressure on the MIT administration and raise awareness for our campaign. Now that most of our student body is no longer on campus together, we have had to shift our focus from organizing in-person to increasing our social media presence and organizing virtual events instead. Another big impact of Covid-19 on our campaign has been the dramatic increase in economic uncertainty. MIT, along with most other universities, has suffered financially since the start of the pandemic. This monetary distress has put pressure on MIT’s investments; however, our campaign has not lost ground as a result of this situation, and we are optimistic about what we can achieve in the future. We believe this period of social and economic unrest has challenged our institutions to reflect on the status quo, creating new avenues for reconsidering our priorities and transforming the way society operates as a whole,” says Nicole. Nora mentions a move that would be very impactful for the New Heaven community. “After Yale moved classes online in March, the Endowment Justice Coalition reoriented our focus to support new campaigns relating to the endowment: Step Up Yale, which calls for Yale to open empty dorms to New Haveners who lack shelter to self-isolate.”

Harvard’s endowment competes with Facebook’s value. This is how big an economy Ivy League is. If they will fail to take the right steps from now on and start divesting from fossil fuel industry right away, they will put themselves in a position in which the history will mention them on the ‘dark’ side. 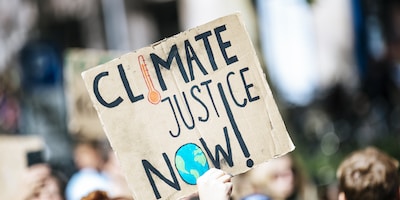